This syrup is a pure nectar, and very fashionable in great chefs’ kitchens, where birch syrup (yellow birch) stands out because of its unique and delicious taste and its versatility. It can be used instead of very aged balsamic vinegar. Escuminac birch syrup has won multiple taste awards.

The birch (Yellow Birch), which is an emblem of Quebec, is a tree which is mainly found in mature, centuries-old Quebec forests. Unique and rare, birch syrup is a natural syrup produced from the sap harvested in spring. After a long, delicate process of sugar concentration with heat, it takes 160 liters of birch sap to produce a single liter of birch syrup. The total production is limited to 1,500 pounds a year.
Érablière Escuminac harvests from one of the most beautiful century-old yellow birch forests, traditionally called cherrywood in Québec. The conversion of sap to syrup is extremely delicate, but thankfully Martin Malenfant’s formidable technical knowledge allowed him to develop a stable high-performing method, to bring this precious nectar to a boil without overflow or caramelization.

This syrup is a pure nectar, and very fashionable in great chefs’ kitchens, where birch syrup (yellow birch) stands out because of its unique and delicious taste and its versatility. It can be used instead of very aged balsamic vinegar. A perfect balance of acidity and sugar, it is embracing, rich and smooth. It can be used in any dish, from starter to dessert via the main course, side dishes, and even cocktails. With its strong flavour, a small quantity is enough to set off an intense explosion of flavours, which makes this an accessible yet rare luxury product.
Érablière Escuminac is certified carbon neutral, which means that it has eliminated net greenhouse gas emissions from its business activities. We take great pride in giving back to the generous nature we work with everyday by reducing our ecological footprint.

It is also said to have many properties and virtues as a result of its beneficial elements: vitamins, minerals, amino acids, proteins.

A NECTAR PRODUCED IN VERY SMALL QUANTITIES, WHICH MUST UNDOUBTEDLY HAVE BEEN THE BALSAMIC VINEGAR OF THE NATIVE AMERICANS IN THE PAST!

We will therefore speak of white birch and not yellow birch, two totally distinct trees. The confusion certainly has roots in the tree name, since in the forest both species are distinct. The yellow birch is a big tree which is mainly found in mature, centuries-old forests, while the white birch mainly grows in transitional forests. The bark of the white birch is white, as the name suggests, while that of the yellow birch is golden and changes over the years. On the young tree the bark is smooth, becoming rougher and darker as it ages.

Thank you for submitting a review!

Your input is very much appreciated. Share it with your friends so they can enjoy it too!

Bought for Christmas present; service was great, easy to buy considering we live in Texas. Delivery was right on time. The quality is incredible. Great stuff.

Christmas Eve I served pancakes, waffles and French toast. All my guests raved about the Yellow birch syrup. I am a second year buyer. Many of my relatives should be purchasers this Fall.

Delicious and useful yellow birch syrup delivered to our home

We were pleased to be able to replenish our bottle of birch syrup through your website. Arrived safely. We find this product a useful and tasty ingredient in our kitchen. My husband often uses it for fish. It gives a wonderful background note to other dishes as well. 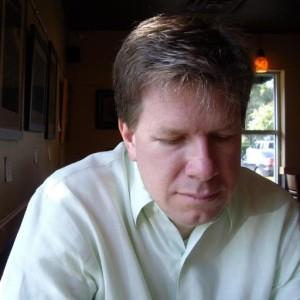 A great alternative to true balsamic, unique tasting notes, versatile and a bit of a revelation. Reluctant to review only because it is not easy to get more, but it is not fair to keep it a secret.

Having read that this could be used like balsamic vinegar, I was eager to try it out. This yellow birch syrup did not disappoint. Indeed, it does taste similar to balsamic. I tried it with some cherry tomatoes and was fantastic. Can’t wait to explore other ways of using the syrup! Definitely worth the buy!